Believe in the Fight 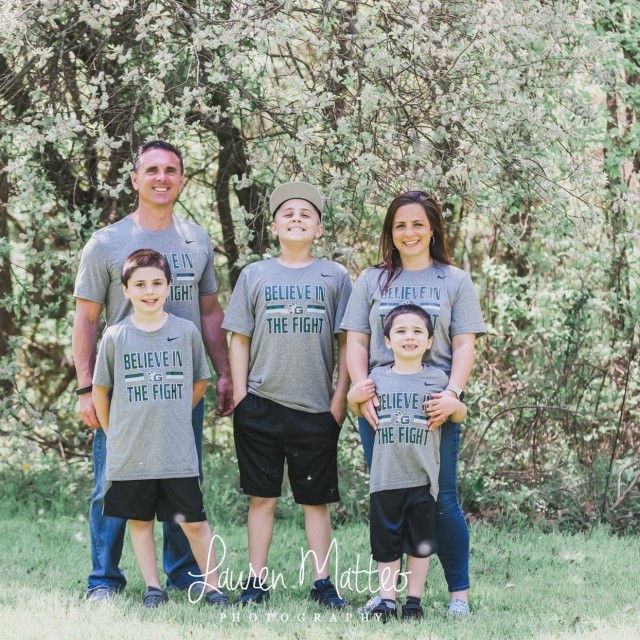 Football and family are two words that are often synonymous with each other. If you have ever been part of a football team or program you have likely heard it said that football is family (or a second family) for players, coaches and parents. One of the very best aspects of playing this great sport is the camaraderie, relationships and love for players and coaches that is developed over the course of a season or many seasons.

While this has been a strange year for all of us, one thing that hasn’t changed is the Guilford Football Family we are all helping to build whether we have tackle football or not this season. This year we are rallying around one of our own.

GHS Head Football Coach, Anthony Salvati and his family have been in a battle this year that you may have heard about. Coach Salvati’s 11-year-old son, Nicolas, was diagnosed with lymphoma earlier this year and has undergone several rounds of chemotherapy to help fight off the cancer.

After getting the diagnosis, Nicolas told his father they have to “Believe in the Fight” and that is exactly what they have done. The Salvati family decided to turn that statement into their mantra and made a t-shirt for purchase with proceeds going to charity.

Watch a news story about Nicolas from May on WTNH.

According to Coach Salvati, Nicolas has completed his treatment and the doctors are optimistic that he can rejoin his football team this season.

To help demonstrate how we stand beside our Guilford Football Family, especially in their time of need, GYFC has replicated the original shirt and purchased one for every registered player, cheerleader and coach this season. Additionally, GYFC will make a donation in honor of Nicolas to the organization selected by the Salvati Family. Head coaches will distribute shirts in the coming days.

Since we are unable to gather for a large group photo, please consider posting a picture to social media with your child wearing their Believe in the Fight shirt and tag the pages/accounts below:

We all need to “Believe in the Fight”!